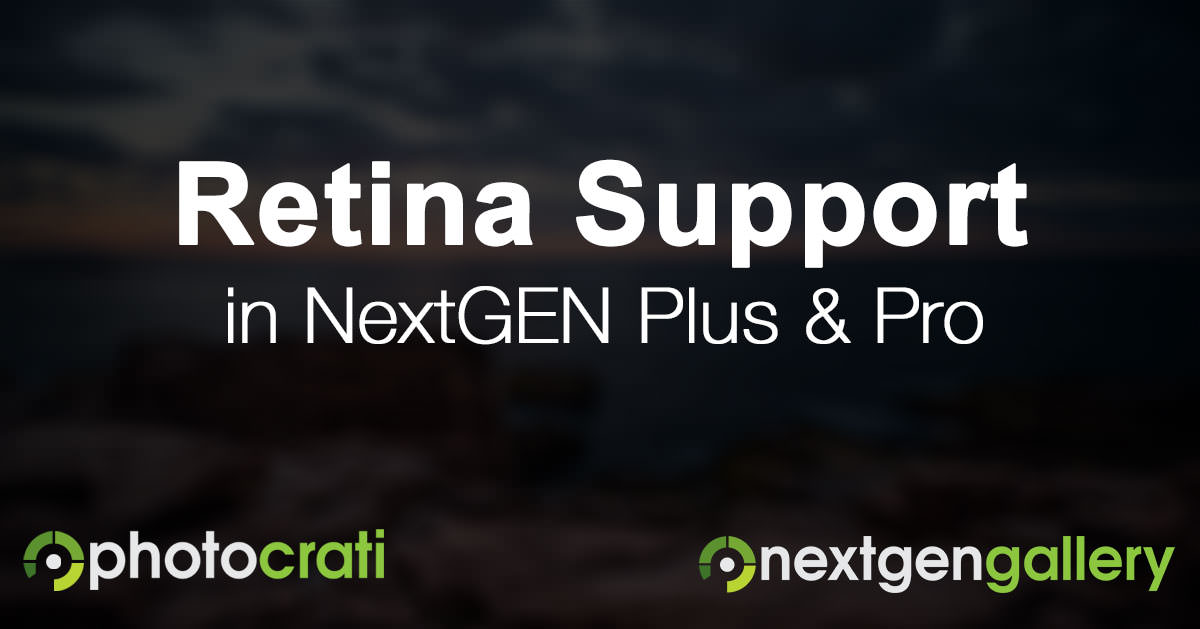 This is a very exciting feature which will make the thumbnail quality look even better when viewed on retina devices.

Many non-Apple displays use the term HDPI to describe their retina screens.

It's important to note that 1080p screens do not mean they are retina or HDPI.

To use the new retina feature, turn on "resize on upload" and "backup originals" within Other Options. Then NextGEN will dynamically create your retina thumbnails and display them to viewers using retina devices.